Results for the FightBox KOK Hero’s Series from London, England 31.05.2019 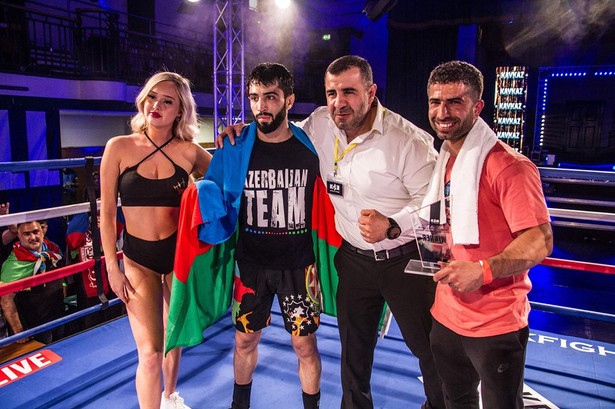 King of Kings returned to the iconic York Hall in London, England for the promotion’s seventh event of the year. The main event featured a clash of styles as number one ranked UK fighter Kev Ward took on Polish powerhouse Grzegorz Marko in a close fight that ended up going an extra round. Last year’s KOK -71 kg WGP winner Elkhan Aliyev returned to the KOK ring to score his third straight knockout victory against veteran British lightweight Nathan Epps. The full results for the evening can be found below.

It’s also worth noting that in a post-fight interview Elkhan Aliyev, who has now scored three straight KO victories in KOK and has also won the -71 kg WGP, challenged current Lightweight Champion Henrikas Viksraitis. Likewise, Kevin Ward stated that he feels he is a top contender and would like a bigger challenge, a title shot. Time will tell if or when either man gets what they want.

The next live event on FightBox HD will be Tatneft Cup Kickboxing on 11.06.2019 from Kazan Russia. Then, KOK returns to live action for “The Hottest Event of the Summer” from Nicosia, Cyprus on Friday 14.06.2019. To see a list of upcoming live events on FightBox, click here.