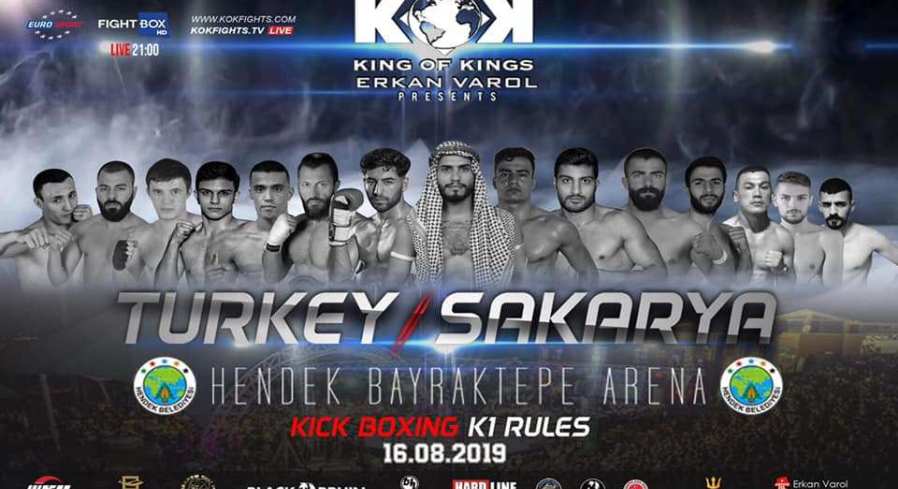 King of Kings returned to Sakarya, Turkey for the third time this summer which was the twelfth overall event of 2019 for the promotion. The show as moved from the outdoor Bayraktepe Arena to the Hendek Sports Hall due to the weather. The Fight Series hosted ten fights with up-and-coming fighters from Turkey, Uzbekistan, Azerbaijan, Syria, Turkmenistan and Iran.

It’s also worth noting that KOK President Donatas Simanitis was in attendance and made an announcement about a future KOK European Title fight. He said that KOK Turkey representative Erkan Varol will be fighting for the title against an opponent to be named later at the next KOK Turkey event which is to be held in 2020.