The King of Kings organisation will hold its KOK World GP 2020 Bosnia and Herzegovina event on August 22. Bosnian kickboxing legend and KOK Europe champion Dzevad “BH Machine” Poturak made the announcement this afternoon.

Originally, the event was scheduled for 3 July but public gathering restrictions implemented by the Bosnian government in response to the Wuhan coronavirus pandemic led to its postponement. Bosnia and Herzegovina continues to transition back to normalcy, with lockdown restrictions being lifted in stages.

The event will be held at the upscale Hotel Hills Arena in the Bosnian capital of Sarajevo.

The KOK World GP 2020 Bosnia and Herzegovina marks KOK’s second visit to the Balkan nation. Last year, KOK made its debut in Bosnia with an exciting four-man heavyweight tournament, and a European heavyweight title fight won by Poturak.

The “BH Machine” returns in this year’s main event to battle fellow K-1 veteran Freddy “Crazy Horse” Kemayo of France. There’s been talk on social media between the rivals who now have a date to settle the matter in the ring.

“Due to the situation (coronavirus) in which the world is located, we need to move the date of the world event for August 22,” Poturak said.

“I hope the state will be normal in a few days and that the champions will start training hard and come to this tournament maximum ready.” 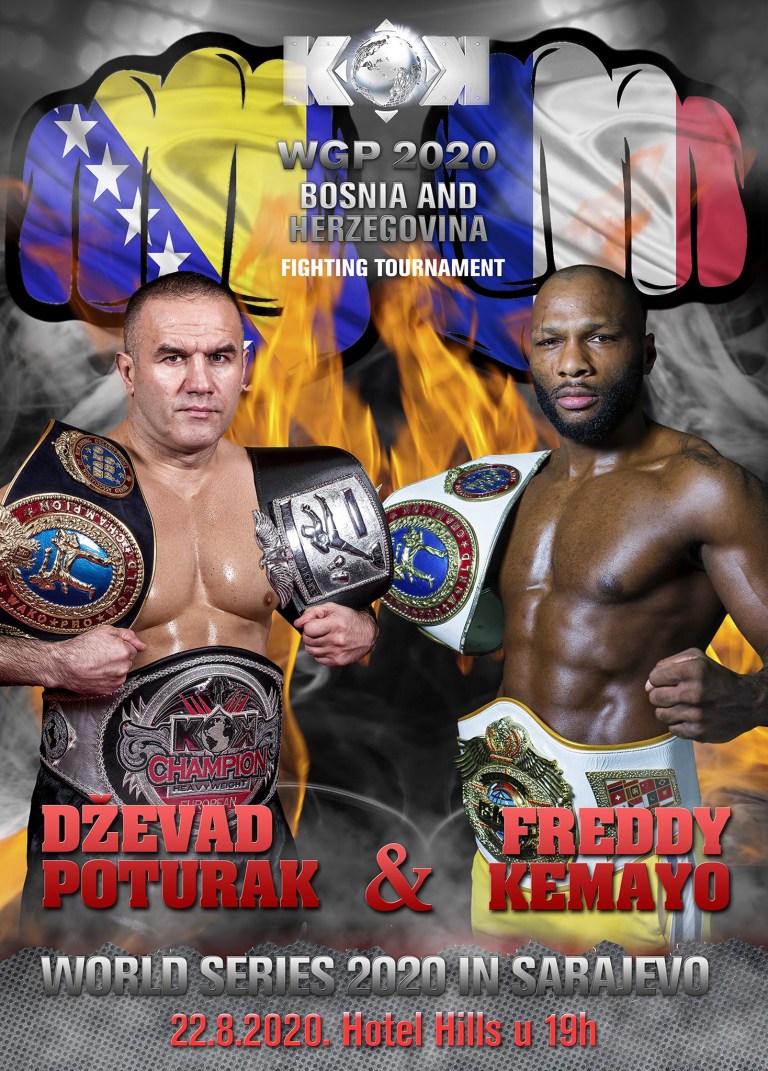