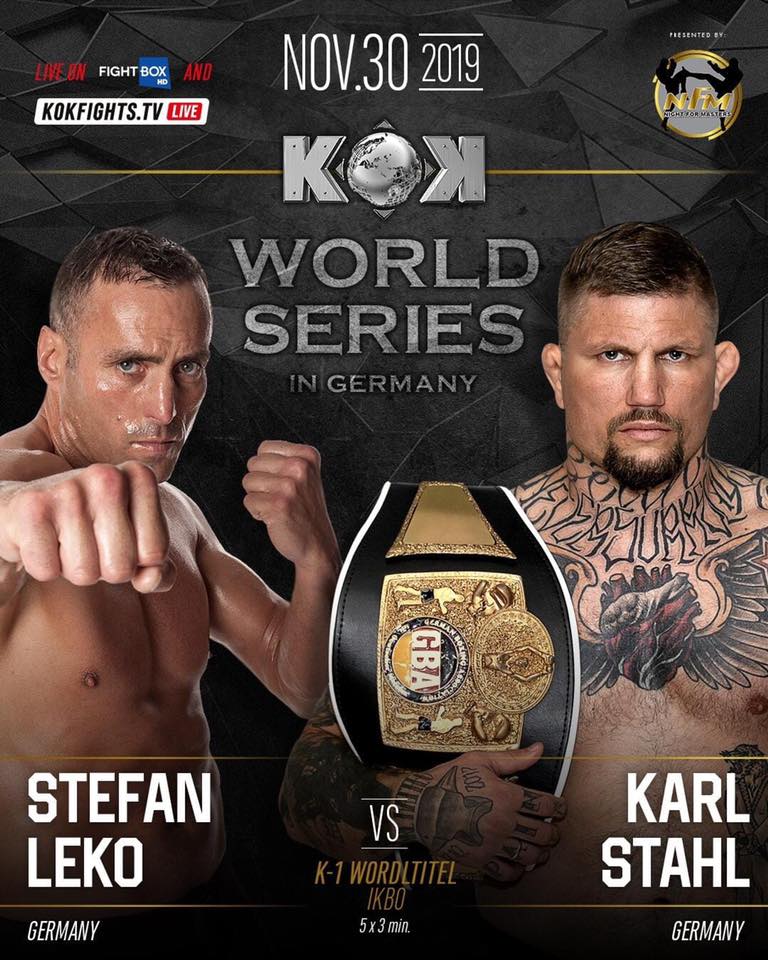 A legend of German kickboxing will grace the ring at the KOK World Series in Germany event taking place on 30 November.

Stefan “Blitz” Leko makes his return at the event, being held at the Yayla Arena in Krefeld, 25 km northwest of Dusseldorf.

Leko, 45, competed in the legendary K-1 organization in Japan for over a decade beginning in 1997. He faced some of the sport’s greatest names including K-1 World GP Champions Peter Aerts, Remy Bonjasky, Ernesto Hoost, and the late Andy Hug.

Although “Blitz” never won the World GP, Leko won a number of tournaments during his time with the K-1 organization, including a European Grand Prix title and two K-1 World GP in Las Vegas Championships.

Perhaps his most notable win took place in the It’s Showtime organization in 2005 when Leko knocked out a then 20-year-old Badr Hari with a spinning back kick. Hari avenged the loss five months later.

Leko will again be fighting for a title at the KOK event, as the legend faces fellow German Karl Stahl for the IKBO K-1 Rules World Title.

The German fans will be in for a treat on 30 November. They will have the chance to witness a true hero of German kickboxing battle for a title and perhaps add another championship to a long and storied career.