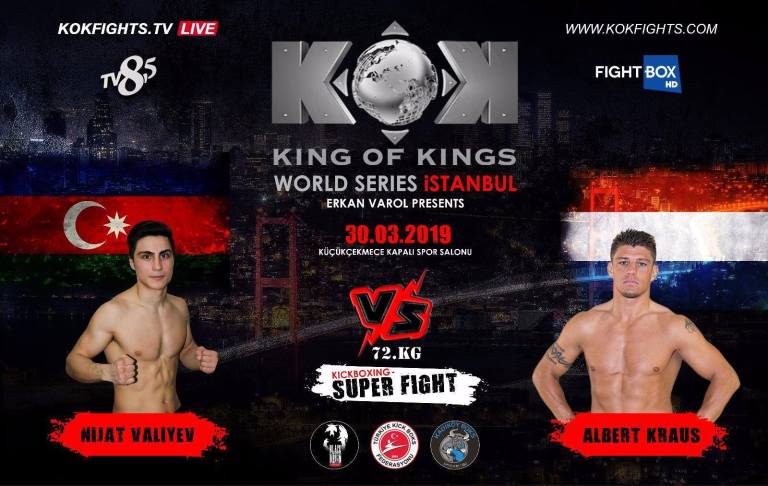 After a tremendous event in Vilnius, Lithuania with over 10,000 fans in attendance, KOK returns to the historic city of Istanbul, Turkey on 30 March.

Presented in collaboration with top Turkish fighter and KOK Turkey representative Erkan Varol, the event will be the promotion’s second in Istanbul.

Albert “The Hurricane” Kraus, the first-ever K-1 World Max GP winner in 2002, was previously announced for the card. The Dutch legend is still going strong at age 38, and competed last year in China, Holland, and Romania.

Kraus’s opponent for his 30 March bout at the KOK World Series Istanbul is now known. The veteran faces Nijat Valiyev of Azerbaijan under kickboxing rules in the 72 kg weight category.

Valiyev is a young fighter (22), with over 30 professional bouts. He fights out of Baku, Azerbaijan.