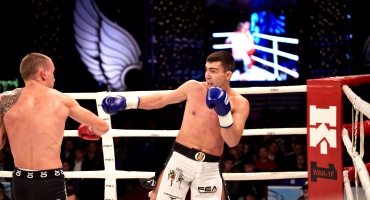 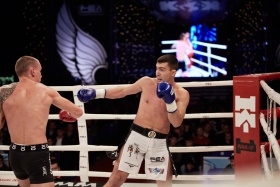 On December 14th, 2013 the athletics arena of the Republic of Moldova will host the World Series “KOK WORLD SERIES 2013 / EAGLES ” tournament. All the KOK fans have noticed the occurred re-branding.  For the past two years FEA has been continuously organizing successful and glorious tournaments that involved K-1 and MMA fighters. These events have an extraordinary success among all the fans. This year, FEA has prepared a lot of surprises in the form of interesting fights at the upcoming KOK  tournament. We would like to underline that for the first time in the Republic of Moldova the upcoming tournament will have top four Moldovan heavy weight opponents fight under KOK rules.

So, the four HEAVYWEIGHT GP FINAL 4 participants are: Dragos Zubco vs. Maxim Bolotov, Pavel Voronin vs. Ginda Nicholae. These will be the most anticipated fights. The K-1 tournament will also feature such famous fighters as Constantin Tutu, Matej Vitaliy, Apavaloae Denis, Kurtish Victor and a young star that showed well in recent tournaments – Renita Stanislav. The honor of the Republic of Moldova will be defended  in the MMA BushidoFC division by such fighters as: Gregory Panfili, Ionel Sergey, Capmar Dmitry and Vlad Popovski. As you can see the KOK project has attracted the strongest and most courageous fighters of the Republic of Moldova, who will combat against the best fighters of the world under the KOK and  BFC rules.