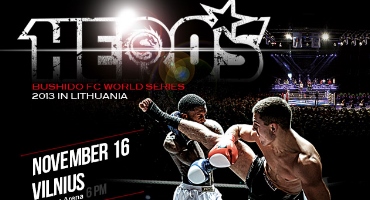 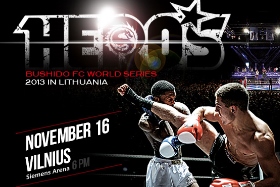 The 16th of November 2013 in Vilnius, Lithuania, Siemens arena will be the night of KOK/ Bushido HERO’S tournament. This is an exclusive opportunity to see the world class KING OF KINGS (KOK) tournament which will be held in Lithuania, city of Vilnius. In this joint and unique tournament we will see not just MMA Bushido fights but also KOK World tournament. The strongest fighters in the world of -65 kg weight division will be fighting for the KOK World Cup and in the end of the evening there will be only one winner – World cup champion.

In the first bout of the tournament will fight Deivydas Danyla (Titanas gym, Lithuania ). Not so long ago this fighter was celebrating his victory in amateurs ring. In the beginning of October in Ryga (Latvia) Deivydas became a champion of WAK-1F World Amateurs K-1World Cup. This time he will fight vs Massaro Glunder from Holland (Mike’s gym). In the second bout will fight Martynas Danius (K-1 Akademija gym, Lithuania). He will fight a fighter that we all know very well already, one of the best fighters in Europe – Maxsim “Firefighter” Railen from Moldova. KOK GP fights will be hard and tence and it can’t be otherwise when there is so much at risk – an opportunity to write your name to the World KOK Champions history book.

All four fighters are well experienced in professional fights so it’s only a question, who’s going to be lucky and who’s not on this legendary night.

This historic event will have 10 super fights altogether. Best fighters in the world from Holland, USA, Suriname, Germany, Russia, Poland, Lithuania and Moldova will take part in it. 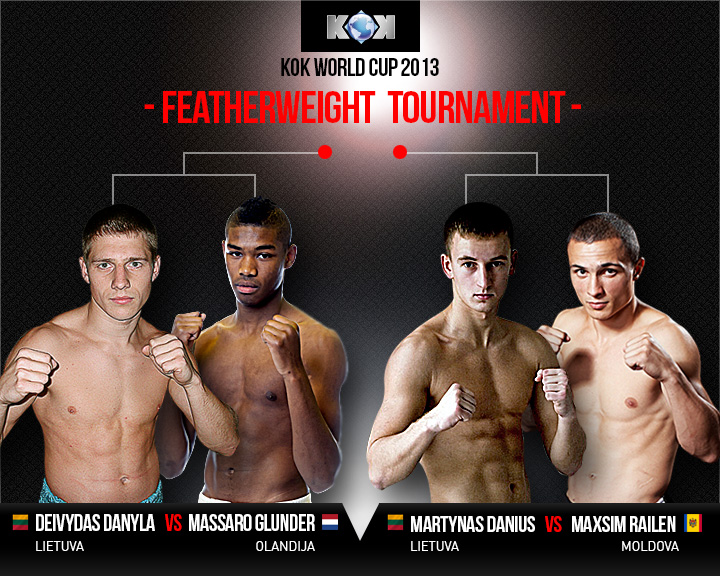