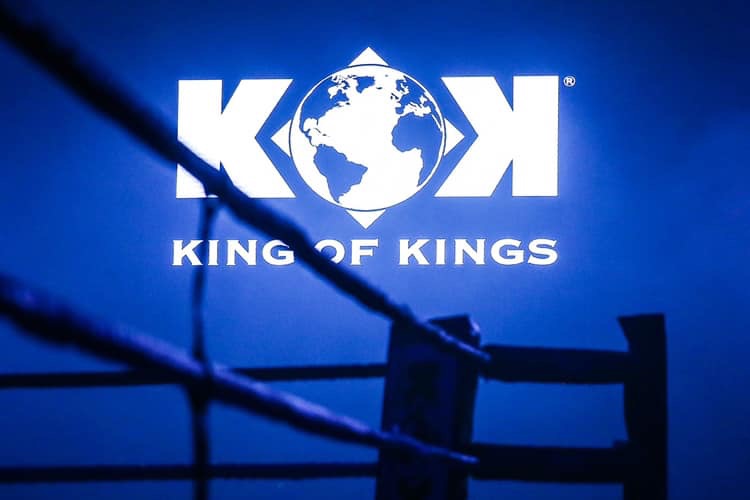 King of Kings and Erkan Varol combined for another big event in Turkey Saturday. The large crowd in the city of Hendek in Sakarya Province and an international TV audience were treated to an event that featured professional boxing, Muay Thai, and also an MMA super fight.

Some of Turkey’s top up and coming talent was featured, while Javlon Ergashev ruined the party for local favorite Onur Arslanoglu in the main event with a shocking first round KO.

Here are the results.

Ergashev landed a big right hand early in the round that stunned the Turkish fighter. Moments later, Ergashev threw another punch combination and Arslanoglu went down. He got up, but an overhand right dropped Arslanoglu for the second and final time. He was in no position to beat the count and the fight was waved off by the referee.

Ergashev’s unorthodox punching style probably played a role in Arslanoglu’s defeat. The Uzbekistan fighter likes to loop punches and has solid power, and he stunned the Turkish fighter early and he couldn’t recover.

-65 kg (Muay Thai): Serdar Koc (Turkey) def. Hassan Solati (Iran)-Decision
In the co-main event, Koc improved to 4-0 with a points win over the tough Solati. Solati was given an eight count in the third and final round for turning his back.

-68 kg (Muay Thai): Erdem Taha Dincer (Turkey) def. Nayil Sevidov (Azerbaijan)-Unanimous Decision
Sevidov took an accidental low blow in round one, and it affected him throughout the fight. The Azerbaijani fighter grimaced noticeably, and was given a couple of eight counts. Dincer scored well with body kicks throughout the bout, and remains unbeaten at 6-0 (3 KOs). Sevidov is now 5-2 (2 KOs).

-77 kg (Muay Thai): Ahmet Kilic (Turkey) def. Mahdi Shami (Iran)-TKO Round 1
Shami came out and fired a low kick, and the two fighters exchanged punches. Kilic landed a big right hand upstairs that dropped Shami. Shami managed to beat the count, but the referee waved the fight off. Official time was 37 seconds. Kilic improves to 11-0 (8 KOs). Shami suffered his second loss, and his record is now listed at 8-2 (8 KOs).

-71 kg (Muay Thai): Omur Capraz (Turkey) def. Tofik Abdullayev (Azerbaijan)-TKO Round 3 (Punches)
Capraz applied pressure and looked to land big punches. He knocked Adbullayev down with a right hand in round two, and then continued his attack in round three. Abdullayev went down twice more, and the referee stopped the fight with just seconds remaining. Capraz remains unbeaten at 14-0 (5 KOs). Abdullayev, who won by first round KO at the KOK Istanbul event last December, is now 26-10 (5 KOs).

-72 kg (MMA Super Fight): Bayram Yalcin (Turkey) def. Nasuru Ndahinyuka (Rwanda)-Referee Stoppage Round 1 (Strikes)
Yalcin landed a left that stunned Ndahinyuka seconds into the bout. The Turkish fighter followed up, and the referee stopped the bout with Ndahinyuka taking shots on the ground.

-72 kg (Muay Thai): Masoud Minaei (Iran) def. Yusuf Memedov (Azerbaijan)-Unanimous Decision
The more-experienced Minaei mainly fought from the southpaw stance, and landed the left leg to the body regularly to earn a unanimous decision win over Memedov. The fight was a rematch of a previous bout also won by the Iranian fighter.

-75 kg (Muay Thai): Burak Sari (Turkey) def. Kamran Akhmedov (Azerbaijan)-TKO Round 2 (Injury)
Sari had big height and reach advantages on Akhmedov. Sari got the better of the action using his boxing skills. Akhmedov tried a few spinning techniques and a superman punch, but didn’t connect cleanly. In round two, Akhmedov threw a right hand and injured himself. After the eight count, he couldn’t continue, and the bout was stopped by the referee. Sari improves to 6-0 (4 KOs), while Akhmedov is now 7-2 (0 KOs).

-60 kg (Muay Thai): Aliasghar Ghodratisraskan (Iran) def. Kerem Dincer (Turkey)-Split Decision
Ghodratisraskan, representing Iran, defeated the tough Dincer in an entertaining battle. Ghodratisraskan landed some nice knees in the clinch early, and looked to mix his punches and elbows in round one. Dincer was the attacking fighter, and kept coming forward. The Iranian fighter was quicker and scored the better blows, but Dincer landed some good shots also.

+90 kg (Muay Thai): Burak Durgun (Turkey) def. Rejepbay Akramov (Turkmenistan)-Split Decision
Durgun landed a big right hand early, and it looked like it would be an early evening for Akramov. Akramov began firing low kicks, and they landed cleanly on the powerful Turk. Durgun became more active in round three, and looked to counter low kicks with his big punches. The Turkish fighter was voted the winner and improves to 11-2 (5 KOs).

-57 kg (Muay Thai): Ozge Nur Aval (Turkey) def. Irem Capar (Turkey)-Split Decision
In a match up between two young Turkish fighters, local Nur Aval got the decision over Capar. Nur Aval improves to 10-1 (4 KOs). Capar is now 10-2 (3 KOs). It seemed Capar had the slight edge-she got the better of the boxing and landed some nice push kicks to the body and low kicks early. Aval did score with a couple of sweeps and was physical in the clinch.

-66 kg (Boxing Rules): Ramal Amanov (Azerbaijan) def. Jasur Berdikabulov (Turkmenistan)-TKO (End of Round 2)
Southpaw Amanov improved to 14-0 (3 KOs) with a stoppage win over Berdikabulov. Berdikabulov was given an eight count in round two, and the bout was stopped in between rounds. Amanov was in control of the bout, and had applied pressure and landed some good head and body punches on his less experienced opponent. Berdikabulov’s record is now 2-2-1 (2 KOs).