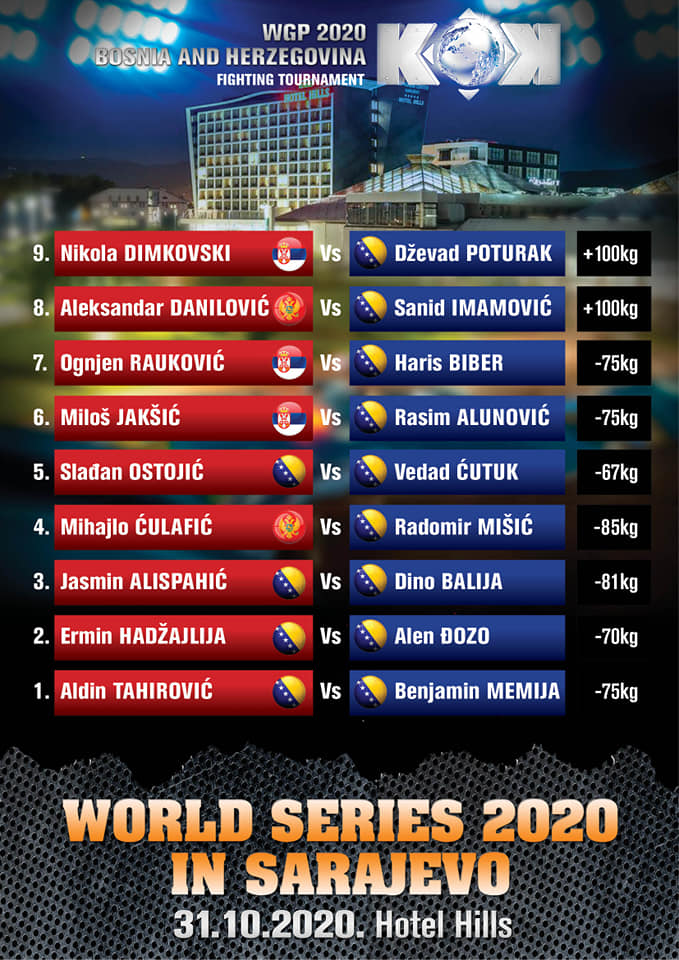 The fight card for the King of Kings organisation’s return to Sarajevo, Bosnia and Herzegovina is now official.

KOK made its debut in Bosnia in July 2019. The inaugural gala featured a four-man heavyweight GP tournament won by Aleksandr Dimovski, and a KOK Europe Heavyweight Title fight.

Nine bouts are scheduled, featuring fighters from Bosnia and Herzegovina, the Republic of Serbia, and Montenegro.

The event takes place at the Hotel Hills in Sarajevo. No live audience will be allowed in order to prevent the spread of the COVID-19 virus.

Fans can catch the action on FightBox HD, and KOK Fights TV is also streaming the event live and worldwide.