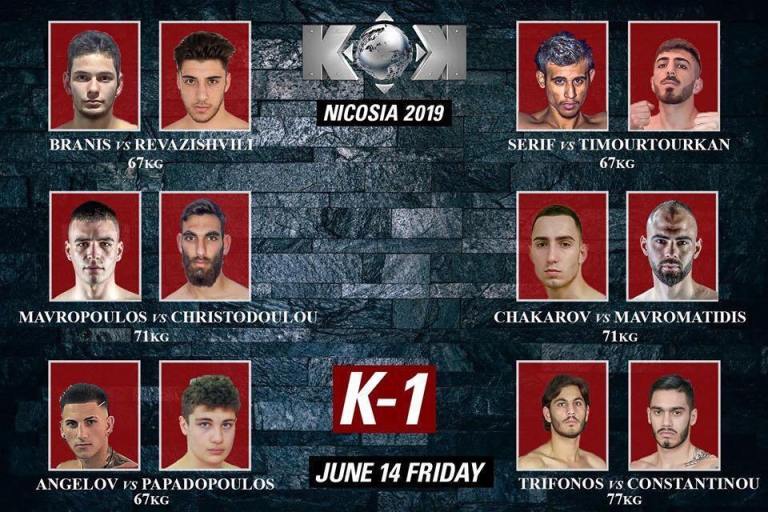 The King of Kings organization (KOK) returns to scenic Cyprus for its annual summer event this Friday June 14.

Billed by the promotion as “The HOTTEST event of the summer”, the fight card features 14 bouts to be contested under Muay Thai and KOK Kickboxing rules.

Immediately following the Hero’s Series, is the KOK World Series 2019 in Nicosia.

The World Series main event features a fighter familiar to KOK fans. Levanis Revazishvili gave the hometown fans a memorable battle at last year’s event. Revazishvili faced Greece’s Georgios Moustakis in an exciting battle of attrition, but lost a decision after an extra round.

The Cyprus fighter gets another opportunity at a main event victory before the home Nicosia audience. Revazishvili faces Israeli newcomer Maxim Branis.

In another -71 kg match up, Bulgaria’s Aleksandar Chakarov faces Alexandros Mavromatidis of Greece.

How to Watch
There are multiple ways to catch Friday’s fight action.

The event will be broadcast live on the FightBox HD channel internationally.

Fans can also catch all the action on the KOK Fights TV streaming platform, with fans who order before the day of the event receiving an early bird discount.