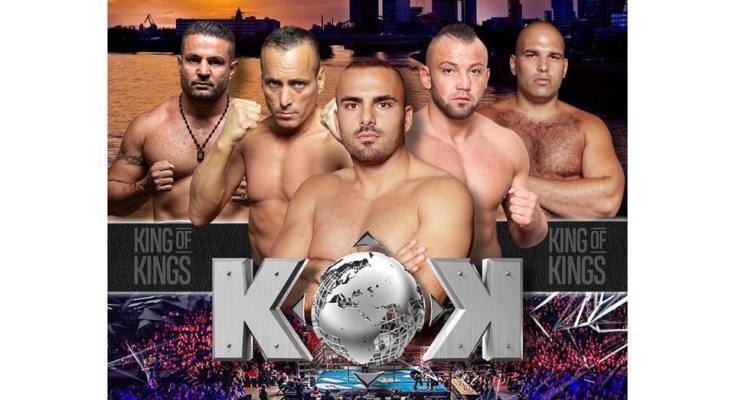 It’s been an extraordinary 2019 season for KOK, as Europe’s busiest promotion continues to visit new locations as well as organize events in its traditional territories.

This year, KOK visited Sarajevo for the first time, held multiple events before thousands of fans in Turkey, and also celebrated the 20th anniversary of sister promotion MMA Bushido before a packed arena of over 10,000 fans in Vilnius, Lithuania.

The 2019 KOK season concludes this Saturday with an event at the Yayla Arena in Krefeld, Germany.

The event marks the organization’s return to Germany after a six-year absence, and the multi-discipline fight card features a tournament, a returning legend, and plenty of title fight action.

One Night. One Ring. One Champion. That’s been the KOK slogan for many years, and fans will be pleased to learn a four-man 77 kg (welterweight) tournament is scheduled as part of the KOK World Series 2019 in Germany main card.

Chico Kwasi returns to the KOK ring as part of the tournament. The Mike’s Gym fighter picked up a victory earlier this year at the KOK Fight Series in Riga.

Joining Kwasi in the tournament is fellow Dutchman Jay Overmeer, who recently held a title in the WFL organization.

Blitz Leko is Back

Leko has battled many of the sports biggest names during a long and noteworthy career. He gets another chance at championship gold before a large crowd in Krefeld and international audience on FightBox and KOK Fights TV.

In addition to the Leko-Lohmann title bout, other championships are on the line Saturday.

Other boxing and MMA title matches are also scheduled.

Here is the fight card.

The KOK World Series 2019 in Germany will be televised in roughly 60 countries on FightBox HD. FightBox HD is available to U.S. fight fans via a subscription to FilmBoxLive.

The event will also be streamed live and worldwide on the KOK Fights TV streaming platform.