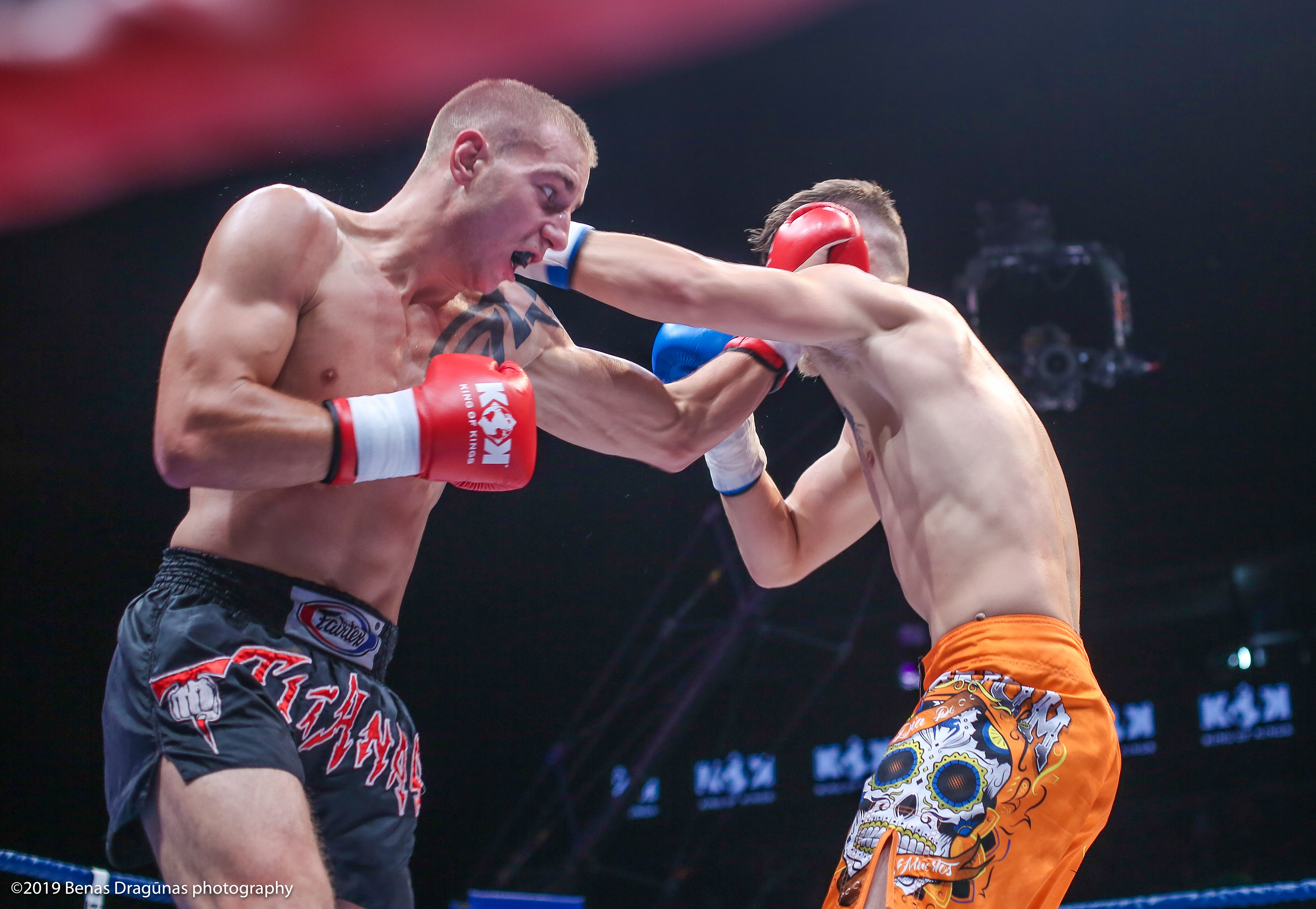 King of Kings held its latest event today in Kaunas, the second largest city in Lithuania.

Viskraitis got the better of the exchanges, and connected with clean low kicks to Narauskas’ lead leg. In round three, the champion began punching more to the body, and still worked the low kicks. Narauskas landed a few good shots, but was getting outscored and his mouth was open as he began to tire. Vikstraitis continued to outpoint Narauskas in the championship rounds for a clear win.

18-year-old featherweight prospect Mantus Pultarazinskas (6-1) impressed with a dominant decision win over Mika Tahitu (37-16-2). Pultarainskas landed some good punches in round one, including some right uppercuts, and Tahitu’s balance looked unsteady at times. The Lithuanian floored the Dutch fighter in round two with a left hook, and scored another eight count with a right hand. Pultarazinskas continued to get the better of the action in round three for a clear victory.

In a bout fought at a catch weight of 81 kg, Belorussian Yauhen Lasheuksi (17-4-1) received a questionable draw against hometown fighter Karolis Liukaitis (19-8-1).

Liukaitis (19-8) started the first round well, then Belarus’s Lasheuski (17-4) began to find his rhythm. Lasheuski used knees to the body well both offensively and defensively, and connected repeatedly with low kicks to the Lithuanian’s lead leg.

Liukaitis felt the effects of the body work and low kicks, but kept coming forward in the third. Lasheuski had the better of the action and seemed to have done enough to earn the victory.

Two other kickboxing bouts took place on the main card. Vaidas Valancius defeated Kamil Pawlak by unanimous decision in a -75 kg contest, and Nauris Lukosiunas earned a unanimous verdict over Can Pinar in a -68 kg affair.