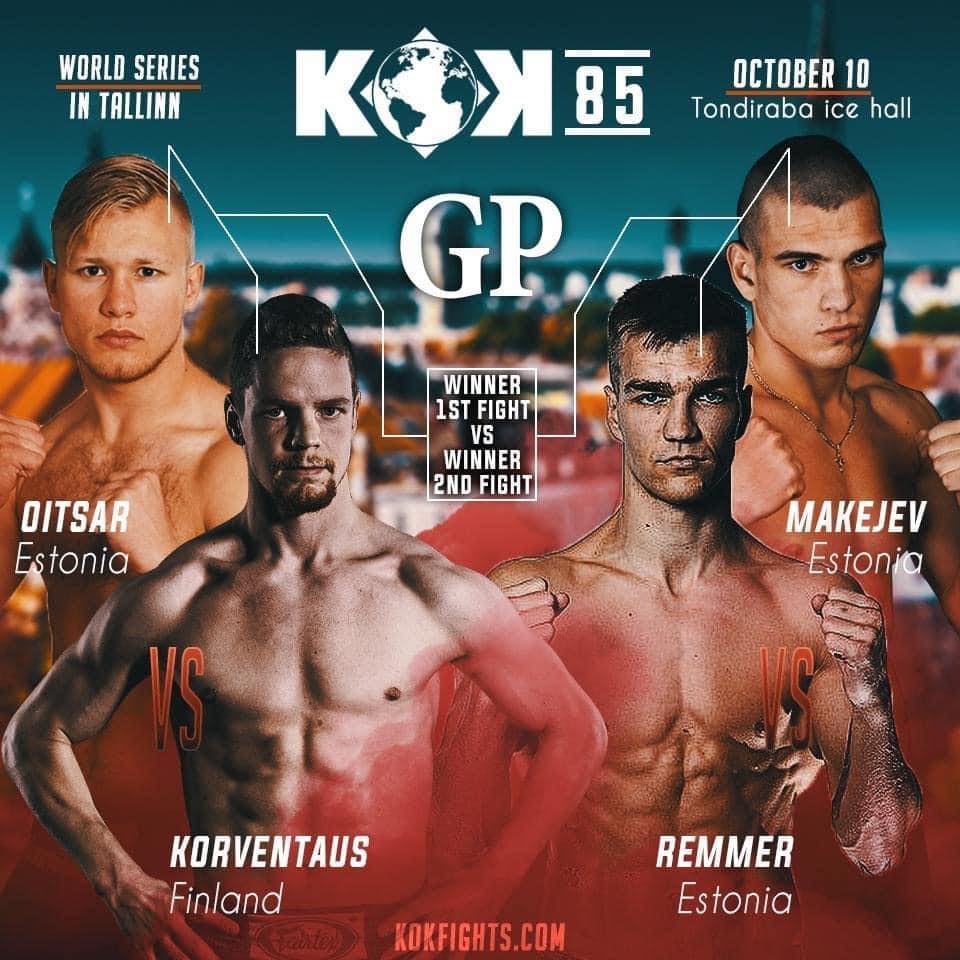 FightBox is proud to announce that King of Kings, one of the most recognizable brands of kickboxing, will return to live action from Tallinn, Estonia on Saturday October 10th 2020 starting at 7:00 pm CET (8:00 pm in Estonia).

King of Kings returns to the Estonian capital of Tallinn for the first time in two years. Historically, Estonia has always been a hot spot for KOK and has produced some excellent fights. The main attraction of the event is a four-man welterweight WGP tournament. These kinds of tournaments are very desirable for fighters because according to KOK rules, the winner could end up getting a shot at the World Title.

In the first semi-final bout Niko Korventaus of Finland will face Estonia’s Sergei Makeje. Korventaus made waves when he took former KOK Lightweight contender Mindaugas Narauskas to a draw last year, but suffered a setback when he lost in his home country of Finland earlier in 2020. On the other side of the bracket, Lithuanian figher Arnas Valiukaitis takes on Ott Remmer of Estonia. Remmer has had many fights in KOK, especially in Tallinn, but this is by far is biggest opportunity to date. Who will be the strongest? Who will be the true King of Kings and climb the ladder in the welterweight division?

Also on the card is long-time Estonian fan favorite Mirkko Moisar. Moisar, along with his brother Marrko, is most well known for his kickboxing skills, but this time he will step into the KOK ring as a boxer. The full fight card for the evening can be found below.

In addition to the live worldwide broadcast on the FightBox HD channel in over 60 countries, the King of Kings coverage will also be available on-line to FilmBox Live subscribers at www.filmboxlive.com. and www.kokfights.tv. Card is subject to change.