KOK to Expand Presence in the Balkans 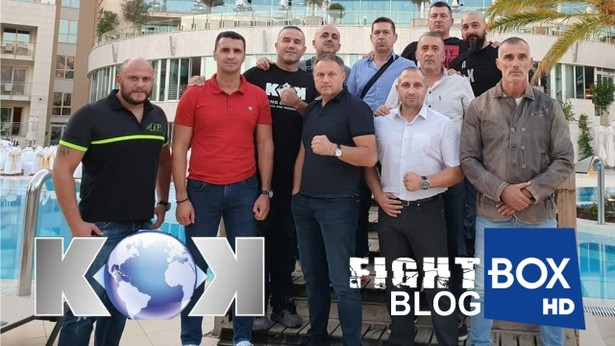 King of Kings (KOK), one of the world’s biggest kickboxing organizations, is about to get even bigger. The company is already well known in Eastern Europe, regularly drawing crowds as big as 10,000 fans in their hot spots in the Baltic States (Lithuania, Latvia, Estonia). In recent years KOK has also been expanding into Western Europe with events in Germany, England and Spain. However, a whole new area of Europe is now opening its doors to the promotion.

Recently KOK president Donatas Simanaitis met with many top officials and promoters in the Balkans to discuss the continued expansion of King of Kings. Representatives from North Macedonia, Montenegro, Bosnia and Herzegovina, Serbia and Croatia all met under one roof. According to Simanaitis, the meeting was successful and plans are already underway for a series of events in the forthcoming year.

“KOK is a global brand. We are one of the biggest kickboxing organizations in the world and every year we try to expand our brand to various regions. The Balkan region is very interesting with their geography and very strong fighters in various weight categories. I think that in these countries we have many high level heavyweight fighters and plan to do a Heavyweight Grand Prix tournament in 2020,” said Simanaitis.

KOK representative in Bosnia and current KOK European Heavyweight Champion Dzevad Poturak was also present at the meeting and said “I want to be available for the fighters from these countries. I want to protect them and give them an opportunity for real fights and to be able to peruse their dreams in martial arts.” King of Kings debuted in Bosnia this summer and the event was very well received.

In other news, MMA Bushido, the mixed martial arts branch of the company, will be celebrating its 20 year anniversary this November in Vilnius. The event takes place at Siemens Arena on November 16th and I’ve been assured there will be several memorable surprises awaiting us. The upcoming KOK schedule for 2019 looks like this: