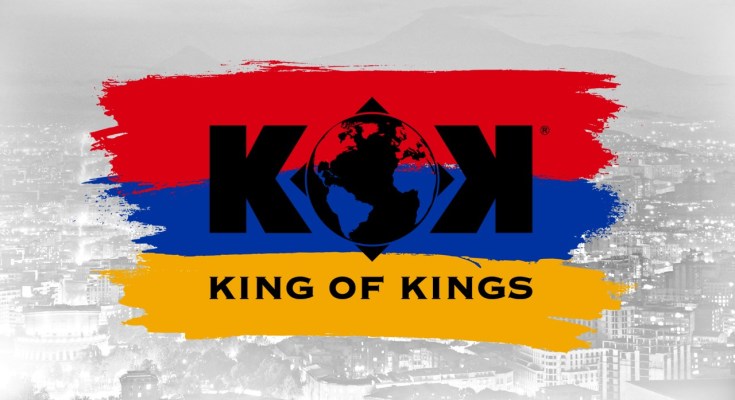 The King of Kings organization (KOK) announced it will hold its debut event in Armenia on 28 March, 2020.

The event will be part of the KOK Fight Series. The KOK Fight Series showcases young and up-and-coming fighters competing for the opportunity to advance their careers with KOK and in the sport before a worldwide audience.

It’s another new destination for KOK, which held successful debut events in Helsinki, Finland and Sarajevo, Bosnia and Herzegovina earlier this year. Next month, the organization returns to Germany after a six year absence, with a big event in the city of Krefeld on 30 November featuring German legend Stefan Leko and a four-man tournament.

The KOK Fight Series 2020 in Armenia will be presented in collaboration with Mix Fight Events, a Spain-based promotion that also promotes fight cards in Armenia. The two organizations previously worked together on the KOK World Series in Spain event held in the city of Valencia in November 2018.

Information regarding ticket sales and participating fighters to be announced.