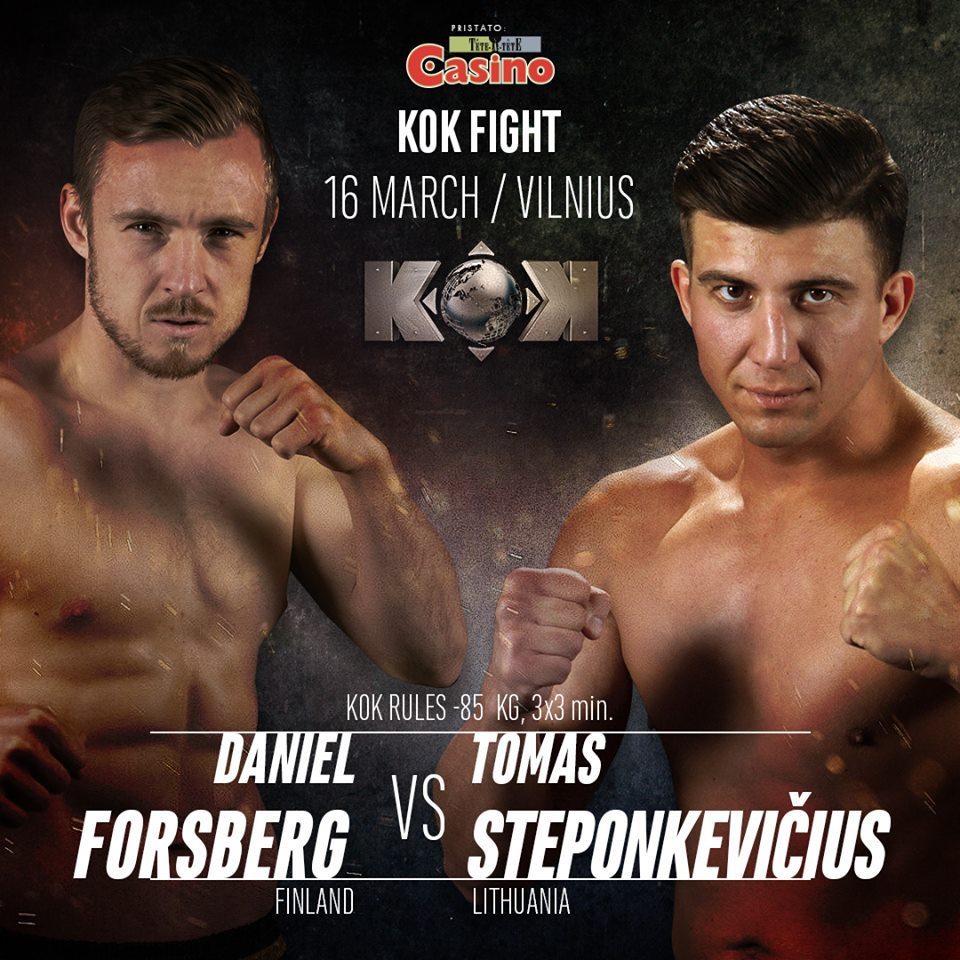 The KOK heavyweight tournament begins in April. FightBox HD journalist and commentator Daniel Austin made the announcement during Saturday’s broadcast of the KOK Fight Series event from Turkey.

The KOK organization has been planning a heavyweight tournament since last year. The heavyweight title is currently vacant.

The first four-man tournament takes place on 27 April at the KOK 72 event in Celje, Slovenia.

The second tournament is scheduled for 03 July, as the promotion makes its debut in Sarajevo, Bosnia and Herzegovina.

No participating fighters have been officially announced by the organization yet.

Contender Forsberg Added to KOK 69
In other KOK news, the organization announced last week middleweight contender Daniel Forsberg will compete at the KOK 69 event on 16 March in Vilnius, Lithuania.

Lightweight contender Jan Naus was also added to the fight card. Naus, who scored a big win in November when he defeated Vladimir Konsky by decision, faces Lauri Suomela of Finland.

KOK 69 is headlined by a fight for the KOK World Lightweight Title. Vitalie Matei of Moldova defends his crown against top-rated Henrikas Viksraitis of Lithuania.