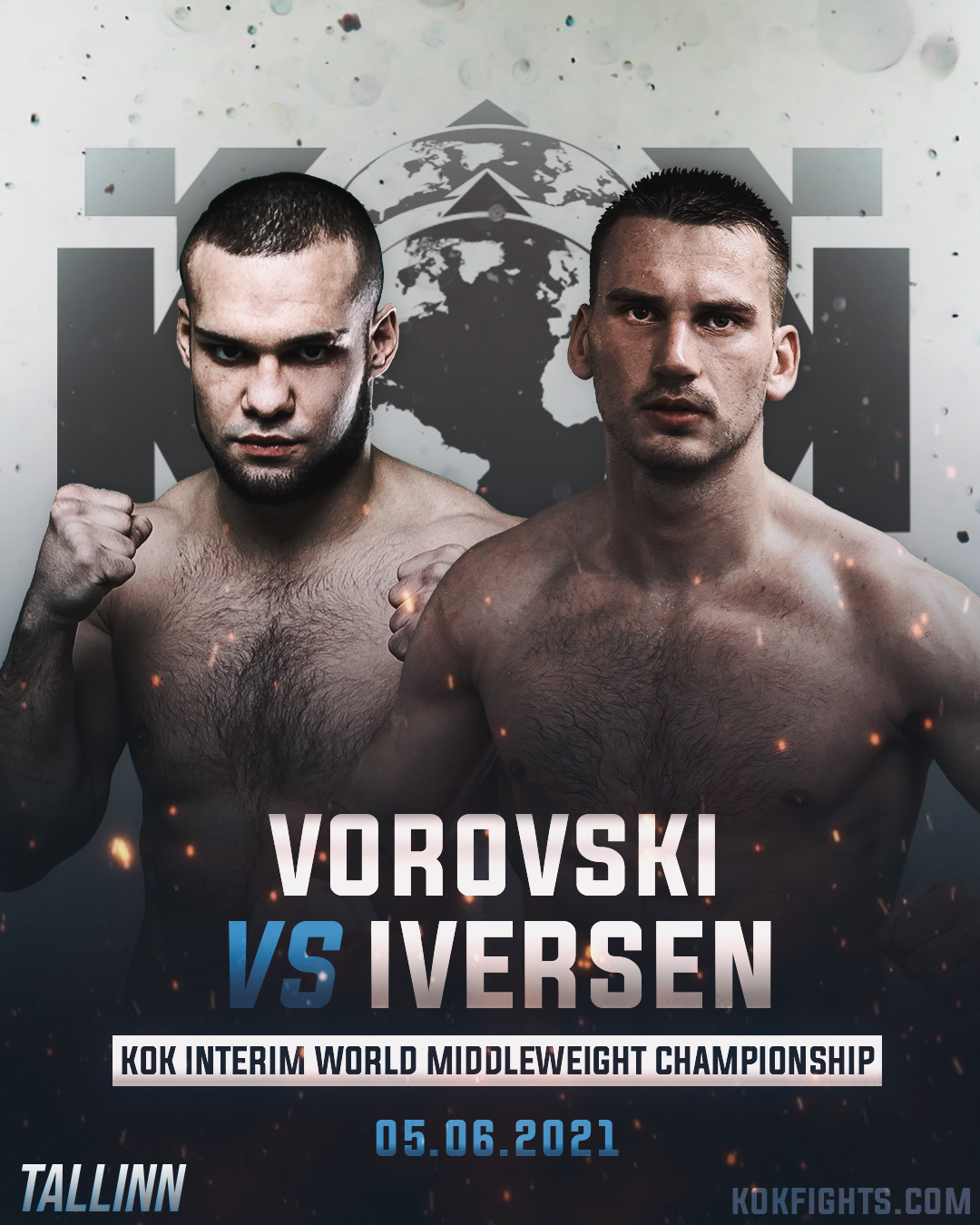 KOK WORLD INTERM MIDDLEWEIGHT TITLE FIGHT will happen between KOK 4 GP winner from Norway Andreas Iversen and fighter from Estonia Maxim Vorovski The bout will happen the 05th of June in Tallinn.

After this victory Andreas Iversen decided to go to higher weight category.

Another big event will happen in Warszawa the 21st of May 2021 where Kamil Ruta will face KOK Europe champion Jurijs Orlovs. This fight winner will  gain the right to fight for the KOK champion title.

Current MIDDLEWEIGT champion Daniel Forsberg (Finland) will have to defend the champion belt at least two times in Autumn.