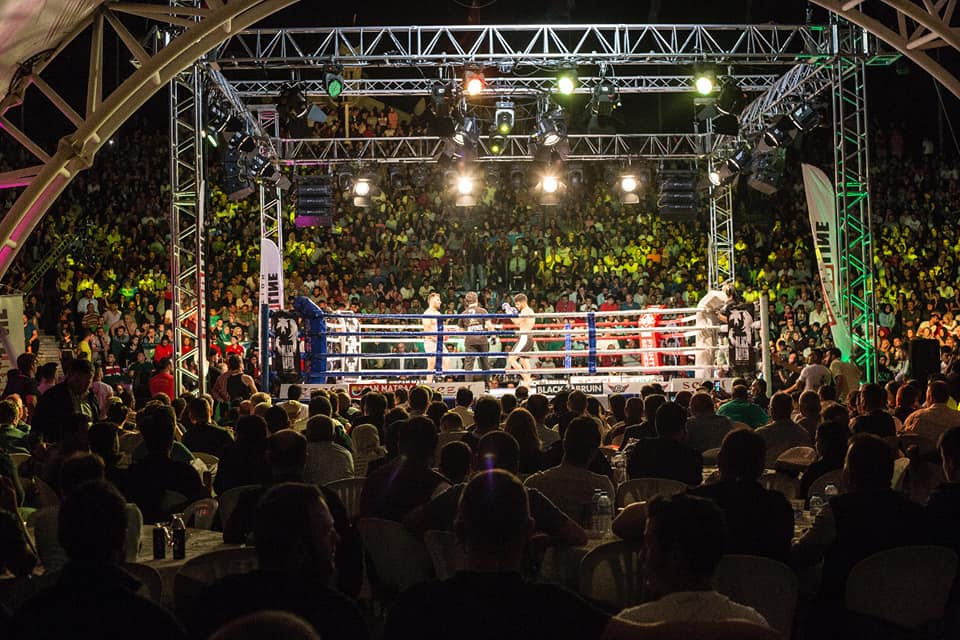 KOK and Mr. Erkan Varol brought the KOK Fight Series back to the town of Hendek in Sakarya Province, Turkey Friday.

The large crowd was treated to a four-man tournament in the 72 kg weight category,  as well as super fights featuring fighters from Turkey, Afghanistan, Azerbaijan, and Iran.

Here are results and summaries from the KOK Fight Series event:

-72 kg Tournament Semifinal 1: Gokhan Sever (Turkey) def. Murat Esedov (Azerbaijan)-Decision
Sever (10-1, 4 KOs) pressured Esedov (7-4-2), and opened up late in round one. The Turkish fighter landed some good body punches as Esedov kept his guard up along the ropes. Sever continued to be the aggressor in round two. Esedov had a better round three, landing a few good shots and moving more, but Sever did the better work to earn the decision.

-72 kg Tournament Semifinal 2: Abdullah Kaplan (Turkey) def. Ruslan Kulsahotov (Turkmenistan)-KO Round 2
Kaplan scored a knockdown late in what had been a fairly even round one. In round two, the Turkish fighter (13-3, 5 KOs) landed a good right hand with Kulsahotov (4-3, 1 KO) against the ropes, and then threw a knee to knock down Kulsahotov down for the second time. Kulsahotov remained on the canvas and the bout was waved off.

-65 kg: Gozdenur Goktas (Turkey) def. Sevinc Urkmez (Turkey)-Unanimous Decision
The first women’s bout of the evening was an all-Turkish battle. The 19-year-old Goktas made a solid pro debut, using pressure and effective combination punching to give Urkmez (3-2, 3 KOs) her second loss. Goktas took control in the second round. She continued to get the better of the action in the third for the unanimous points win.

-57 kg: Ozgenur Avcil (Turkey) def. Roghien Soltani Neghar (Iran)-Unanimous Decision
Turkish prospect Avcil (16-1, 6 KOs) mauled her way to victory. Neghar (6-3, 3 KOs) was able to catch the 19-year-old coming in at times, but Avcil’s pressure wore down the Iranian. Avcil connected with some good punches, and worked knees to the body on the inside.

-72 kg Tournament Final: Abdullah Kaplan (Turkey) def. Gokhan Sever (Turkey)-Decision (Kaplan Wins Tournament)
In the final bout of the evening, Kaplan (14-3, 5 KOs) looked to counter Sever (10-2, 4 KOs). Kaplan seemed to land a good shot late in the round then opened up with a flurry of punches. Kaplan continued to look to counter in round two, with both men landing some clean punches and low kicks. In the third, Kaplan picked up his work rate and came forward more to win the decision.

Friday was the Victory Day holiday in Turkey, and the Turkish national anthem was played at the beginning of the event, followed by a dance performance. Mustafa Ozben was the ring announcer.

The next KOK event takes place on 21 September, as the organization returns to Kaunas, Lithuania for the KOK World GP in Kaunas event. The fight card will be headlined by a world title bout featuring KOK World Lightweight Champion Henrikas Viksraitis defending his title against countryman Mindaugas Narauskas.