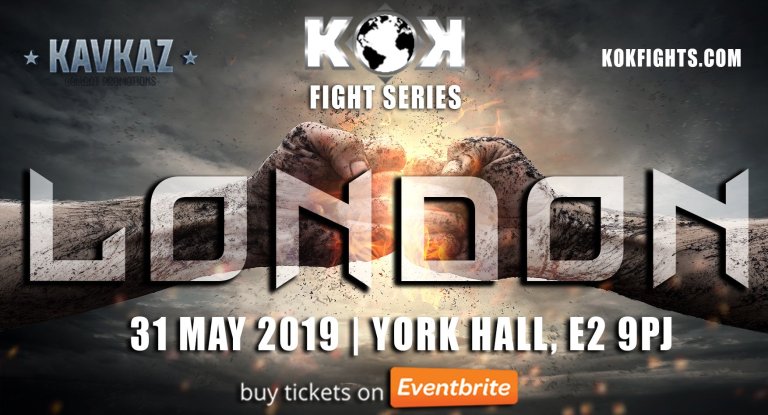 The legendary York Hall in London has played host to some of Britain’s top boxers over the years.

On the 31st of May, the venerable venue will once again play host to top fighters from the world of kickboxing, as King of Kings (KOK) returns to the United Kingdom.

It’s the second York Hall event in as many years for KOK, as the organization continues its expansion into Western Europe and new markets.

Kavkaz Combat Promotions, the U.K. based organization headed by former kickboxing champion Hafiz Bakhshaliyev, is once again collaborating with KOK on the gala.

“It feels fantastic to be back to the iconic York Hall again,” Bakhshaliyev told KickboxingZ.

“As you know, York Hall is the epitome of boxing & combat sport, so having another event in York Hall was an easy decision to make,” he said.
Ward, Barros in Action
The fight card features ten bouts, with some top UK fighters in action. 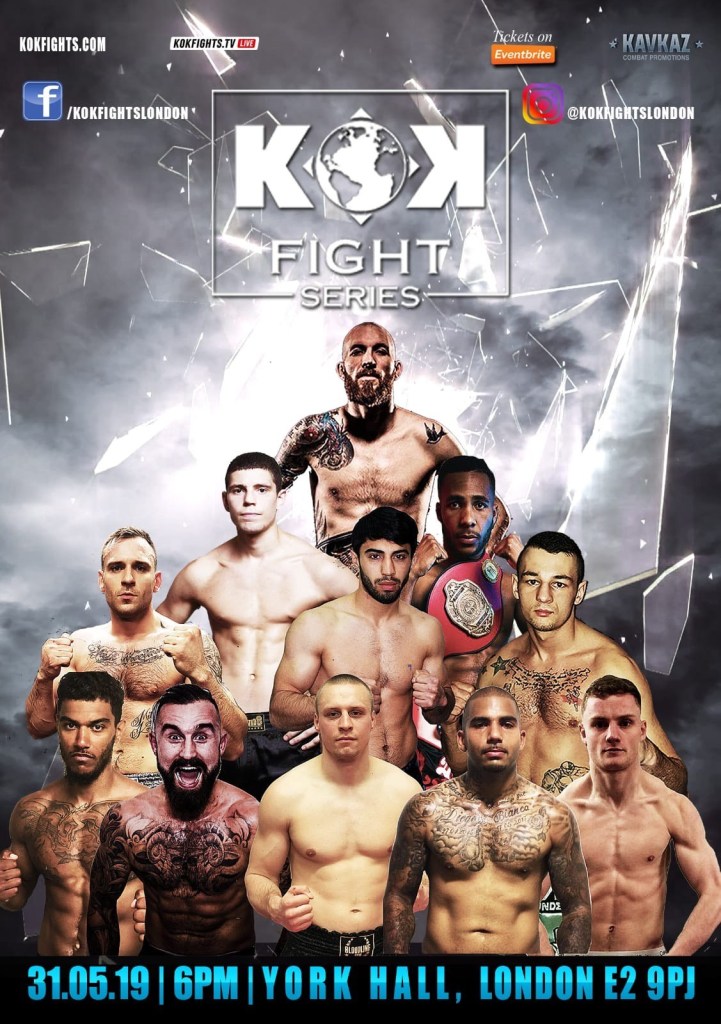 Aliyev Returns
A fighter who features prominently on the fight card is Elkhan Aliyev. The young Aliyev had a sensational debut at last year’s event, with first-round knockout victories over Dominik Matusz and Sherlock to win the lightweight contender tournament.

“Elkhan has been training hard for this event. We are extremely happy that he is coming back again to represent Azerbaijan on this year’s event,” said Bakhshaliyev.

“He has had (a) few fights since his last tournament win back in 2018, and we are glad that he has decided to come back to fight this year.”

Aliyev faces Nathan Epps, a fighter who has been in the top ten in the U.K.

“ I think it is going to be a great match up. Nathan Epps is also a great fighter and seeing both of the guys fighting it out will be a great spectacle for the fans,” said Bakhshaliyev

“(Altay) Atakishiyev is another up and coming fighter from Azerbaijan who will be fighting on this event this year. I think his fight will be an interesting one to watch.”

Poland Represented
Last year’s event featured a number of Azerbaijani fighters, and members of London’s Azerbaijani community turned out to support their fighters and co-promoter Bakhshaliyev, a respected member of the local community.

Aliyev and Atakishiyev will represent Azerbaijan, and there are also a number of Polish fighters on the card.

“There are quite a few Polish fighters on the card this year. It wasn’t planned as such, and when we were matching fighters, we were looking for those who were going to make it extremely entertaining for the audience,” said the Kavkaz Combat Promotions president.

“The fact that we have quite a few Polish fighters on the card tells you a lot about how good they are. We hope that lot of Polish fans will be coming to cheer them on 31st May.”

Bakhshaliyev is expecting this year’s event to also please fans.

“We think the fight card we have for this year is strong and it will be an entertaining night for the fans.”

“We have meticulously selected the fighters who will put on a performance and make it a great night. I think holding nights like these in York Hall is what makes kickboxing a great sport to watch and we hope everyone will enjoy the show,” he said.