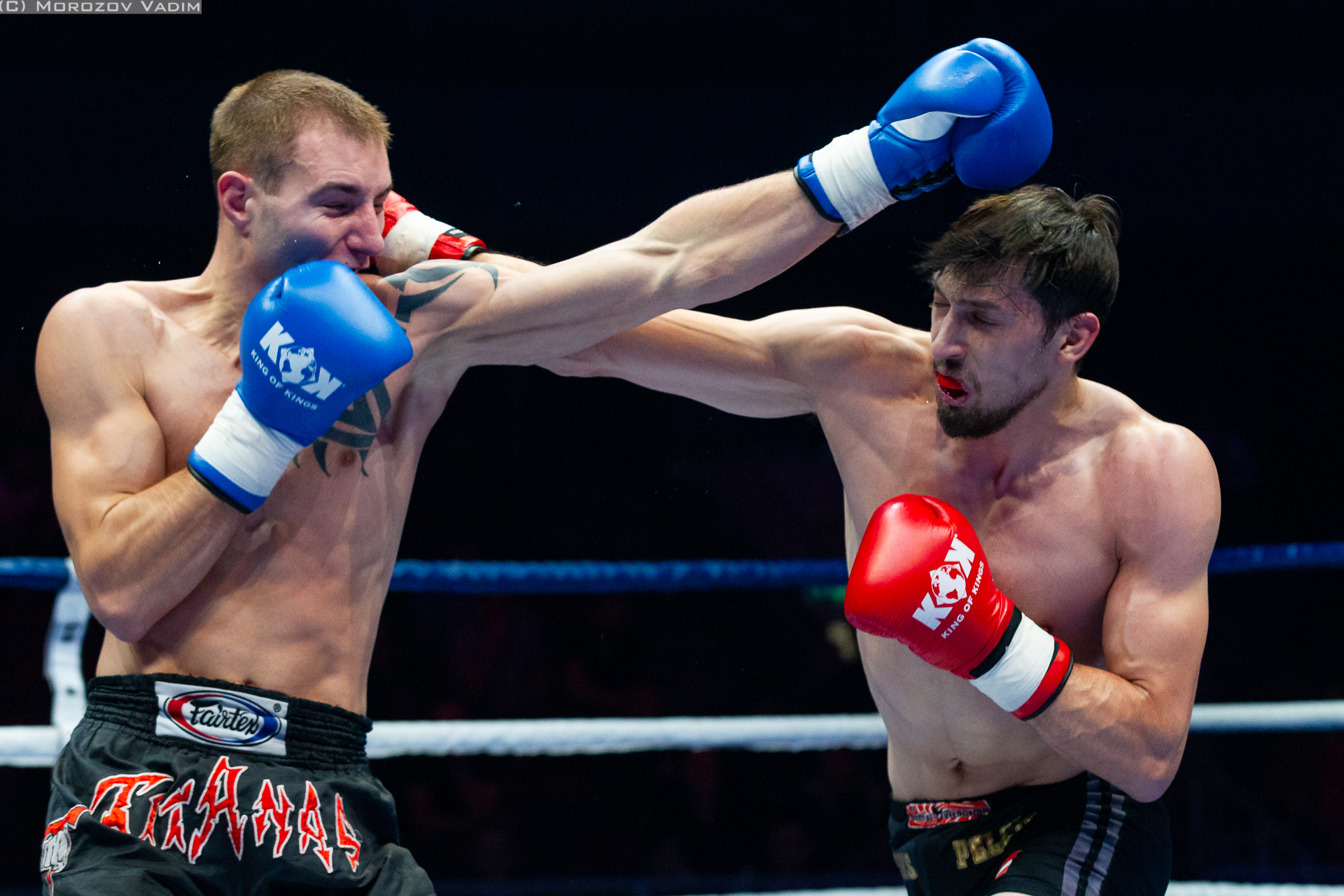 The Kings of Kings organization returned to the Arena Riga in Riga, Latvia Sunday for another World Series event.

-59 kg (K-1 Rules, 3 x 2): Ilona Wojda (Poland) def. Ekaterina Mielixova (Latvia)-Unanimous Decision
The opening bout featured two ladies making their debuts. Wojda had the edge early, and landed some nice overhand rights set up by the jab. Miexilova seemed to find her distance late in round two. The Latvian landed some nice counter shots in the third. Wojda was the more active fighter and won the decision in a well-contested match.

-69 kg (Pro Boxing):Karen Gevorkyan (Armenia) def. Jegors Zurkovs (Latvia)-TKO Round 2
Zurkovs pressured Gevorkyan and ate some clean right hands but kept coming forward. In round two, a combination stunned the Latvian and he went down moments later. The referee allowed Zurkovs to continue after looking him over, and the fight continued. Gevorkyan knocked down Zurkovs again and the bout was stopped. Both men were making their pro debuts.

-Heavyweight (Pro Boxing): Eriks Kalasnikov (Latvia) def. Vadim Tihumirovs (Latvia)-TKO Round 3
Kalasnikov (10-7), nicknamed “AK 47” was too big and strong for Tihumirovs (2-13), knocking him down three times en route to a third-round TKO victory. Official time was 2:01. Kalasnikov dropped him after a left in the second round. In the third, a body shot led to another knockdown before the referee stopped the fighter after Tihumirovs went down again. The bout was sanctioned by the Latvian Professional Boxing Federation.

-67 kg (World Amateur K-1 Federation Baltic Title): Shamil Dzamaldaev (Latvia) def. Artur Stura (Lithuania)-Split Decision
In a closely contested bout, Dzamaldaev landed the cleaner techniques to win a split decision and earn the WAK-1F Baltic Title. The taller Dzamaldaev landed some good knees to the body at close range and counter punched effectively at times. Stura opened up with flurries of punches, but Dzamaldaev blocked a lot his arms and was also able to slip some blows.

-77 kg (MMA Bushido Rules): Arturs Leisans (Latvia) def. Lukas Lapinskas (Lithuania)-TKO Round 1 (Strikes from Mount)
Leisans (3-2) threw a couple of combinations as he pressed Lapinskas (1-5). The Latvian swooped in for a double leg takedown and ended in side control before he quickly advanced to full mount.

Leisans began letting his hands go while Lapinskas attempted to defend with his arms. Leisans kept up the punches and the referee halted the action at the 2 minute 19 seconds mark.

Cerkesov landed some good left hooks and low kicks during the bout. Skolnov’s mouth was open in round three and he seemed to tire, but he had a good fifth round, catching Cerkesov with some good punches.

Cerkesov scored with the better techniques and won the unanimous decision.

-71 kg (MMA Bushido): Silvestr Kaneps (Latvia) def. Osvald Fedorovic (Lithuania)-Submission Round 3 (Triangle Choke)
Kaneps, a former Latvian junior grappling champion, took down and controlled Fedorovic for large parts of the match. In round three, Kaneps went for a leg lock, and Fedorovic landed a good punch and ended up on top. Working from his back, Kaneps locked in a triangle choke and Fedorovic tapped out giving the Latvian the victory. Kaneps remains unbeaten at 3-0.

-65 kg (KOK Kickboxing Rules): Vitaly Usov (Latvia) def. Ulugbek Zukhurov (Uzbekistan)-Unanimous Decision
Usov (4-2, 2 KOs) pressured Zukhurov (19-8) and landed some good punches to win the decision. The Latvian had an excellent third round, which may have earned him the victory. Zukhurov was able to score with punches as Usov came forward at times, and started the bout quickly but seemed to tire late.

-67 kg (KOK Rules): Eduards Misins (Latvia) def. Samuelis Sorochovas (Lithuania)-TKO Round 3
Sorochovas (1-1) threw kicks to establish distance as Misins (8-6, 2 KOs) applied pressure. The Lithuanian seemed to edge round one with Misins doing better work in round two. In round three, the referee gave Sorochovas an eight-count after Misins landed a good blow. Misins landed a right punch followed by a knee to the body, and a tired Sorochovas told the referee he didn’t want to continue.

-77 kg (KOK Rules): Raimondas Avlasevicius (Lithuania) DRAW Aleksejs Marizihins (Latvia)
Avlasevicius (5-0-1, 1 KO) and former title challenger Marizihins (5-3-4) battled to a draw. Avlasevicius used his jab to set up right hands to the head and body early, and backed up the Latvian with quick combinations. The shorter Latvian landed some good punches at close range and low kicks. Marizihins seemed to tire in round two, and Avlasevicius began to punch the body more. Marizihins picked up his offense in round three and Avlasevicius was tired and looked to hold. One judge favored each fighter and the other ruled the bout a draw.

Pelcis used movement and counters effectively, knocking Narauskas to his knees with a left hook in round three. He was the quicker man and made Narausakas miss often. Narauskas, who fought only last weekend, injured his leg during the bout but pushed on until the final bell.

Pelcis thanked the Latvian people, “my family my coach, God.” after the bout.

“Great fight, great opponent, tough,” he said, when asked by Daniel Austin of KOK Fights TV for his thoughts on the bout.

“Thank you KOK for this opportunity.”

-85 kg (KOK WORLD MIDDLEWEIGHT TITLE) Daniel Forsberg (Finland) def. Jurijs Orlovs (Latvia)-TKO Round 3 (Doctor Stoppage-Orlovs Nose Broken)
In the evening’s main event, Finnish warrior Forsberg retained his title against Orlovs, although the circumstances were disappointing for both warriors and the fans. The ringside doctor stopped the bout in the third round because of a broken nose suffered by Orlovs from an accidental headbutt.

Both fighters had some good moments in the bout before the unfortunate ending. The fighters studied each other early, with Forsberg throwing a few low kicks. Orlovs seemed to find his distance later. Forsberg pressured and landed some good blows in round two, while Orlovs tried to keep the fight at longer range.

With Forsberg a southpaw and Orlovs fighting orthodox, the two fighters’ heads clashed and Orlovs nose was injured in round two.

The doctor looked over Orlovs early in round three and decided to end the bout.

Forsberg complimented Orlovs after the bout.

“It was hard,” he said of the match. “He was giving hard strikes, dangerous knees.”

“He’s young. It’s going to happen,” he said, when asked about a rematch.

“Thank you for support. I would like to apologize for the finish of my fight,” Orlovs said through ring announcer and interpreter Rytis Kuzmenka.

“I would like to ask KOK for the opportunity for a rematch.”