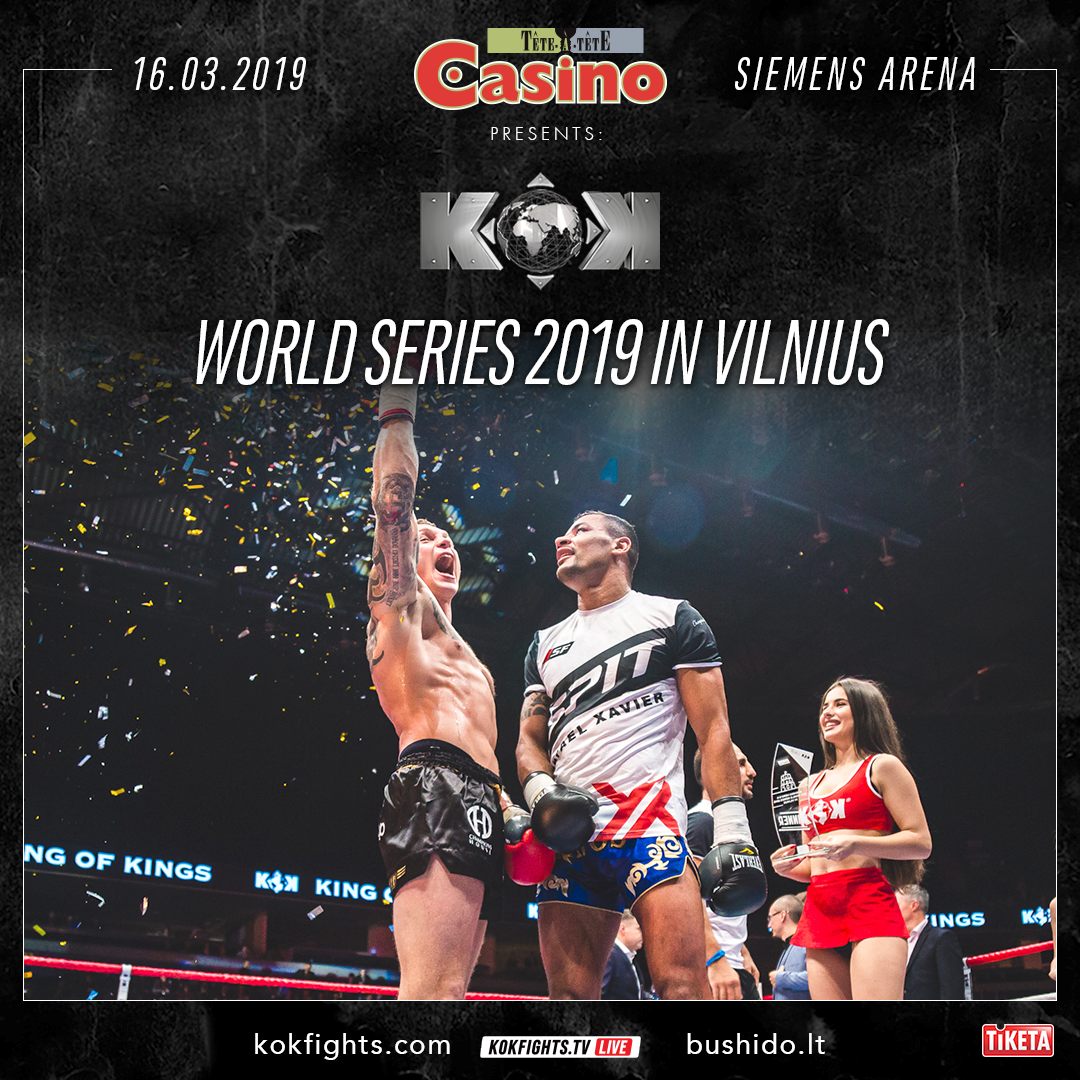 Big crowds of over 10,000 fans turn out to see the events held at the Siemens Arena, with top Lithuanian fighters competing with top talent from overseas.

This Saturday’s KOK 69 fight card is no exception. KOK has put together a stacked card, which includes a KOK World Lightweight Title fight, the return of an Ultimate Fighter veteran, and a light heavyweight match up between popular Sergej “Kuvalda” Maslobojev and the dangerous Fraser Weightman.

Matei is used to fighting away from Moldova. He’s faced Estonian star Mirko Moissar in Tallinn, and won a contender’s tournament in Latvia last year. His best weapons are probably his boxing and footwork.

Viksraitis is more of a technician, and shown good counterpunching and all-round skills. He’ll also have the big hometown crowd behind him. It should be a good one.

“Kuvalda”,(Sledgehammer in English), is the reigning KOK Light Heavyweight (-93 kg) Champion and recently went undefeated in the ONE Super Series.

Maslobojev faces a dangerous opponent in Saturday’s non-title bout. Weightman is a veteran of GLORY and Road to GLORY, and competed at the KOK event at York Hall last summer.

The British fighter scores most of his victories by stoppage (14 KOs in 22 wins), and with Maslobojev also known as a hard-hitter, this one may not last the distance.

Julija Stoliarenko, who recently competed on The Ultimate Fighter TV series, returns to KOK. Stoliarenko faces Natalia Diachkova of the Russian Federation in an MMA rules bout in the 62 kg weight category.

In a boxing match up, 2012 Olympic Bronze Medalist Evaldas Petrauskas meets Nadzir Bakhshyiev. Petrauskas turned pro last September, and looks for his second win in as many bouts.

How to Watch/Fight Card
Saturday’s KOK 69 event will be broadcast worldwide.

FightBox HD will broadcast all the action beginning at 18:30 local Vilnius time, which is 16:30 in London and 12:30 p.m. in New York. Fans who don’t have access to the channel from their cable provider can watch via filmboxlive.

The action will also be broadcast internationally on the KOK Fights TV platform. Currently, there’s an early bird discount special for fans interested in purchasing the event.

As well KOK federation have signed new contract with another broadcaster PLAY7TV.com and you are able to watch the live streaming there as well.

Here is the fight card (subject to change).

All bouts are under KOK rules unless otherwise indicated.