KING OF KINGS in a new strategic partnership with EB-TV 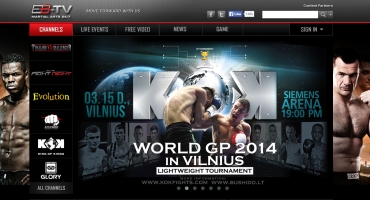 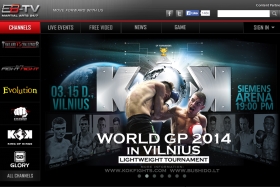 Elite Boxing has taken a major step toward establishing itself in the East Europe market by adding KOK (King Of Kings) to the portfolio of brands on EB-TV. The strategic partnership will be launched with the first live KOK event streamed on EB-TV in March.

With over thirteen years’ experience of producing an average of ten events per year, KOK is firmly established as one of the leading combat sports events in Europe. Having originally produced K1 events, KOK has gone on to make a name for itself for producing high quality kickboxing events that feature some of the best young fighters from across the World. KOK events take the format of 8-man knockout tournaments in -65kg, -71kg, -77kg, -85kg, -93kg,+93 kg divisions.

By joining forces with Elite Boxing, KOK events will now be streamed live through the EB-TV online platform to a global audience, giving the brand wider international exposure. The first KOK event to be streamed live on EB-TV will be the 8-man lightweight (-71kg) Grand Prix at the Siemens Arena in Vilnius, Lithuania on March 15.

The second KOK event to be streamed live on EB-TV will take place just a week later when KOK stages an -81kg tournament in Moldova. More information on this and the rest of the KOK 2014 schedule will be released shortly.

As a special introduction promotion rate, fight fans can watch the first event live on EB-TV for just $9.99, which also includes full access to a video-on-demand library of four previous KOK events on KOK’s dedicated channel on EB-TV.

For more information about this promotion or to purchase streaming, click here: http://www.eliteboxing.tv/en/home/event/161/KOK-WORLD-SERIES-2013-IN-VILNIUS