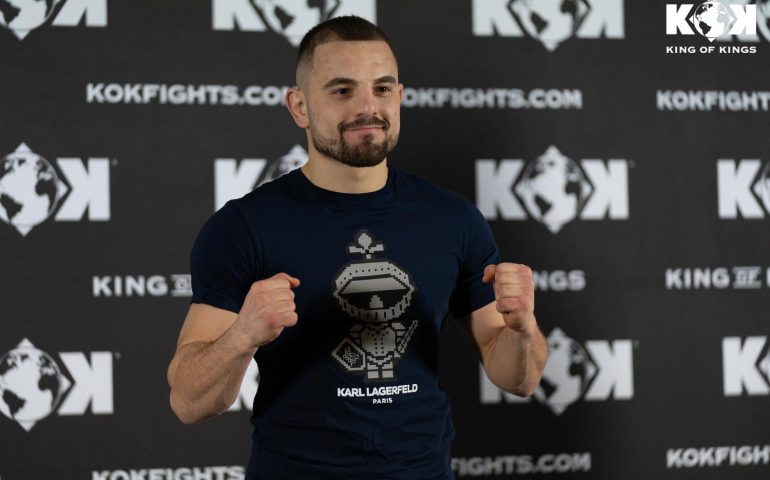 The 5th of November in Kaunas Zalgirio arena, at the prestigious “KOK MEGA SERIES IN KAUNAS” tournament, fans of martial arts will surely have more than one surprise. The biggest martial arts stars from all over Europe will be entering the ring.

One of the names representing Lithuania is a fighter who hasn’t experienced a single defeat so far, who has exceptional explosive speed, which only Lithuanian fighter Remigijus Morkevicius has had so far – Ignas Barysas, nicknamed Little Mike Tyson. “I miss the adrenaline, the anticipation of the fight and my fans. I’m looking forward to the tournament and another opportunity to prove my worth in combat sports,” says the Fighters Land sports club fighter.

The list of opponents of one of the most famous Lithuanian fighters of all time, Ignas Barys, is impressively long. After LBF announced that Ignas Barysas was preparing to fight in the historic tournament, a whole line of those who wanted to challenge lined up. It is understandable that most are driven by the desire to become famous overnight, but Lauri Suomela (Finland) and Chris Baya (Netherlands) are considered the most realistic candidates to fight against Ignas Barysas.

The last time Ignas fought in the professional martial arts ring was last March, when he won against Polish martial arts star, ISKA and WKU world champion Filip Rzadek. Although the winner of the fight is clear, it is possible that not everything is over between these two legendary fighters. Since the Pole took the place of the injured Ignas opponent in March fight, shortly before the fight, the condition of the contract was that in case of defeat of one or the other, the loser will have the right to demand a rematch if he wishes. It remains unclear whether the Polish superstar will use his right.

The world of martial arts has not seen a martial arts talent like Ignas Barysas for a long time. The World MMA Bushido champion, who has successfully recovered from sports injuries that have plagued him for a long time and even required several operations, decided to test himself in the KOK ring, where he pleasantly surprised even the most skeptical martial arts specialists. Until now, not only in Lithuania, but also in Europe, there has not been a single MMA champion who fought so successfully in both disciplines – bushido and KOK.

“KOK MEGA SERIES 2022” is the best and most famous martial arts tournament in Europe, broadcsasted worldwide in more than 200 countries. The spectators of the tournament will be able to enjoy the performances of the best Lithuanian and foreign fighters, as well as a unique show program.

More information about the upcoming tournament and upcoming fights at www.kokfights.com