KOK ends its 2019 season with a knockout punch, with a month-long fight festival featuring some of the sport’s top fighters. Fans around the world will be able to catch all the action on FightBox HD and the KOK Fights TV streaming platform.

Additional kickboxing bouts are scheduled under KOK rules, and some boxing matches will take place as part of the FightBox KOK Hero’s Series. 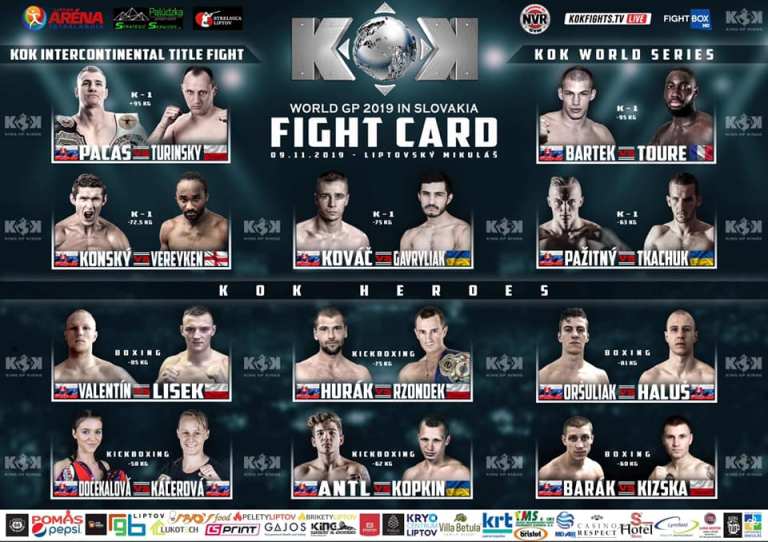 The following Saturday, KOK returns to its roots with an event at the Siemens Arena in Vilnius, Lithuania. A big celebration is planned to honor the 20th anniversary of MMA Bushido, the sister organization of KOK.

KOK World Lightweight Champion Henrikas Viksraitis faces Abdullah Kaplan of Turkey in a three-round super fight. Kaplan has won four consecutive bouts in the KOK Fight Series in Turkey, including a tournament title at an event held in Sakarya in August.

Narauskas, coming off an unsuccessful title challenge against Viksraitis, looks to rebound with a win against Finland’s Niko Korventaus. 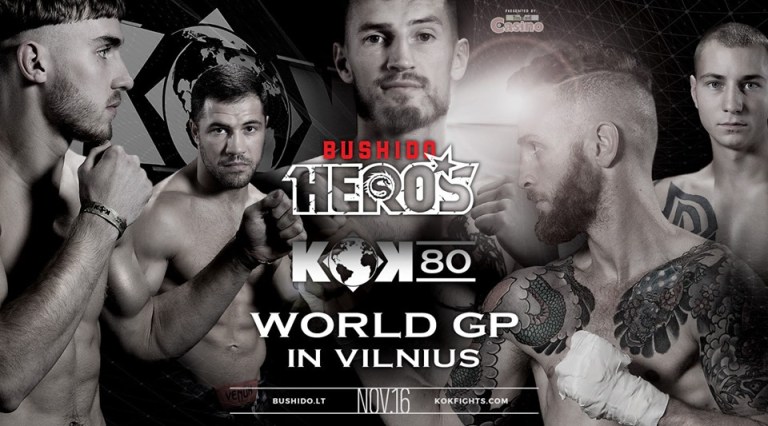 Eight days later on 24 November, KOK holds an event at the Arena Riga in Riga, Latvia.

Orlovs is known for his boxing skills, and earned a title opportunity with a grueling extra round decision win against Holland’s Mike Sprangh in February.

Forsberg and Orlovs met last year in Estonia in a hard-fought bout which was a draw after three rounds. In the extra round, Finland’s Forsberg did the better work to earn the judges’ decision. Orlov will look to avenge the defeat in front of a large hometown crowd.

A number of top Latvian fighters are also scheduled to compete, including middleweight contender Raimonds Aukstikalnis and featherweight Janis Freimanis. The KOK World Series in Riga event will be broadcast exclusively on KOK Fights TV.

On 30 November, KOK returns to Germany after a six-year absence with an event at the Yayla Arena in Krefeld.

It’s a big night of kickboxing and MMA headlined by a truly special main event as Stefan “Blitz” Leko makes his ring return. The German K-1 legend, who’s battled some of the sport’s biggest names over the years, faces countryman Karl Stahl for the IKBO K-1 World Title.

A four-man -77 kg tournament is also scheduled featuring fighters from Germany and Holland, with the winner being crowned the IKBO K-1 Welterweight Champion. 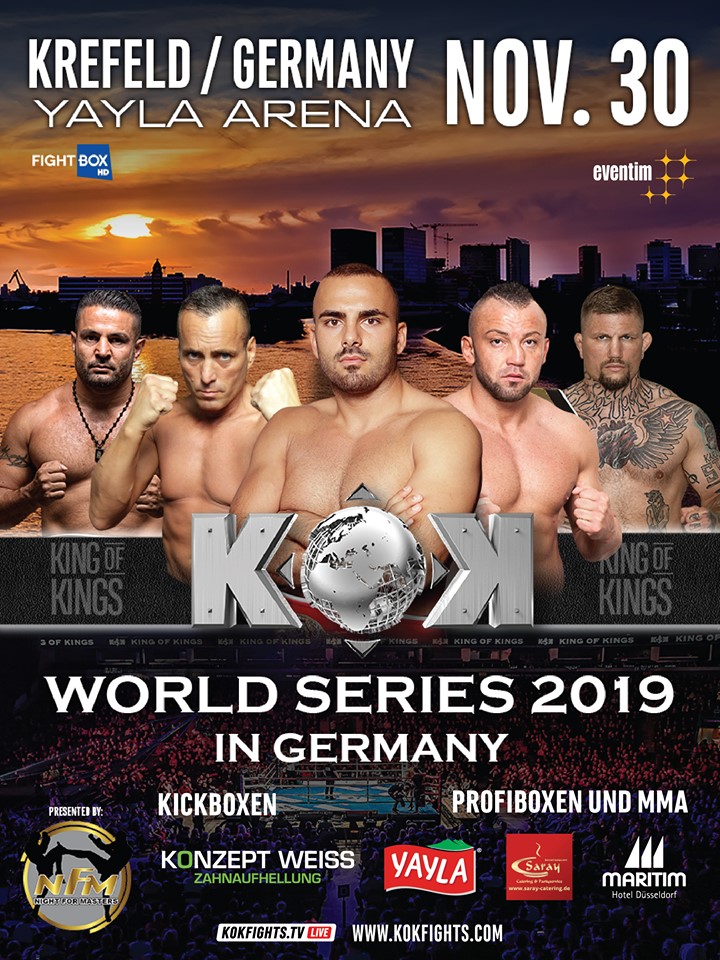