E.Petrauskas prepares to return to the ring: “I will do it with a bang” 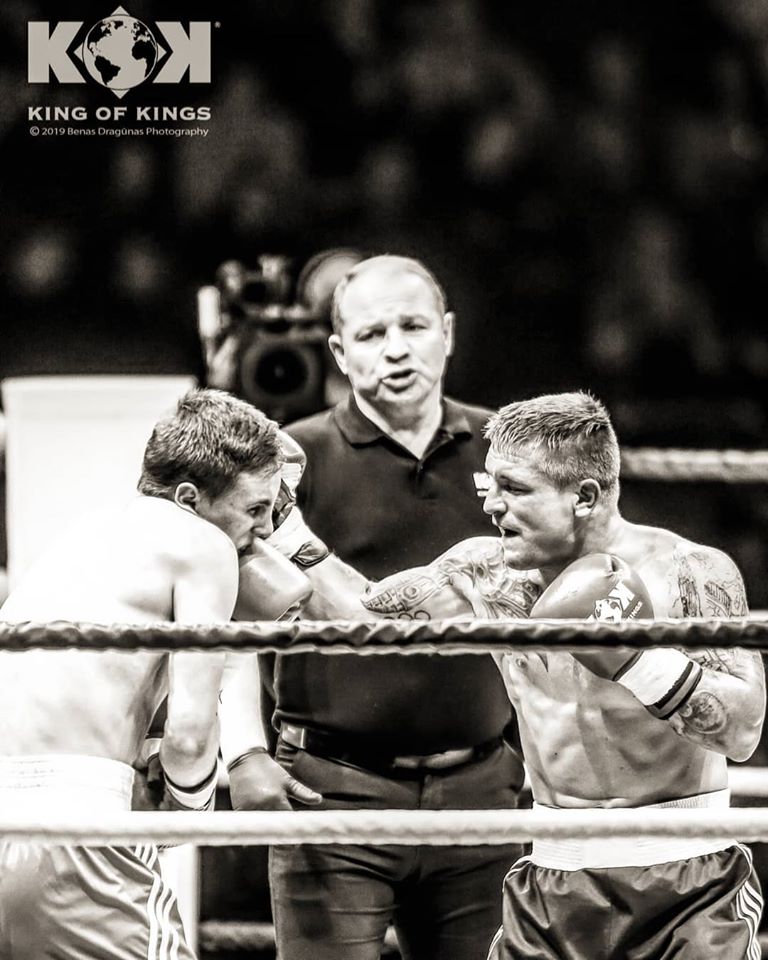 “Soon the sport career will renew and I will be asked to work with my fists once again” said Olympic prizeman Evaldas Petrauskas.

I didn’t gain too much weight, – laughed E.Petrauskas. “Maybe it won’t be very difficult to come back.” Before announcing the end of his sports career in January , there were two fights on E. Petrauskas’ professional boxing record. In September 2018, he knocked out Ukrainian Denys Kaushan in Kaunas, and in October 2019, he won with points against Johnson Tellez from Nicaragua. I had already come to terms with the idea that I would sit still, I wouldn’t play sports anymore, but I  have to come back, ”the 28-year-old boxer smiled.

– I recently visited my parents’ house, where all my trophies are. I looked at them, realized that this is my motivation. I also spoke to my dad, who “put pressure on me.” He said I have to train responsibly because otherwise I won’t see victories. So I already started running in the mornings, doing two workouts a day. I think I will recover soon. “

“With a bang,” were the first words of E. Petrauskas, when asked if he already knew more details about the impending return.

The belt of the world champion of Dream Boxing is in the plans. “I will try to win it as soon as possible – I will try to get it  very soon,” said E. Petrauskas.

“I want to fasten the champion’s belt.” After remembering his career, E. Petrauskas was open about it: “It went very fast under the tail of the dog.”

E. Petrauskas admitted that he likes hard work, but boxing, according to him, requires a lot of it.

” It is not enough to be strong here, you need to be able to feel every punch, to be able to avoid the fists of an opponent, you need to withstand those with your body. It’s hard – everyone in the ring hits hard. After all no one goes to the ring to play, everyone hits there hard, -said the boxer.- So  thats why I thought that I do not want to go back there. Everyone wants to knockout you there as soon as possible. ”

When he was asked who he would like to meet in the ring next, E. Petrauskas did not think for a long time : Europian champion, successfully climbing the professional ranking ladder Eimantas Stanionis.”

E. Petrauskas met with E. Stanionis in amateur ring twice back in 2013, in February  E Stanionis won by unanimous decision, and in September E. Petrauskas took the victory.

“I think that would be a fun trilogy,” said E. Petrauskas and smiled.