Donatas Simanaitis: “After Everything is Over, We Will Be Stronger” 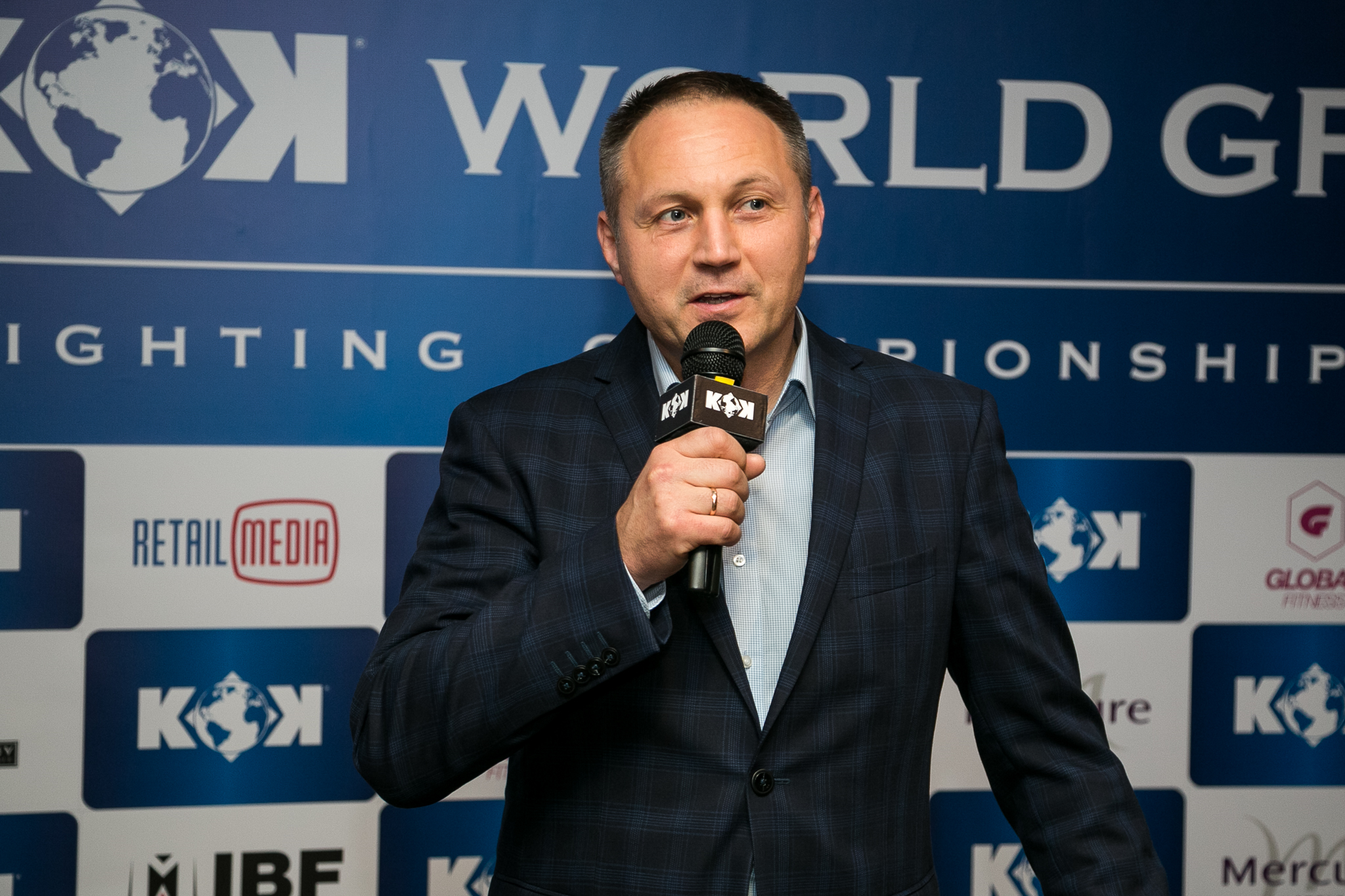 We caught up with Donatas Simanaitis, the legendary Lithuanian fight promoter and president of the King of Kings (KOK) organization.

Simanaitis founded KOK in Lithuania a decade ago, and the promotion has grown into a major fight organisation, regularly holding events in Europe and Turkey that are broadcast worldwide on FightBox HD and KOK Fights TV.

KOK was particularly hard-hit by the pandemic. Just two days before KOK 84 in March, and after thousands of tickets were sold, the Lithuanian government restricted large public gatherings forcing KOK to postpone the event. KOK 84 has since been rescheduled for 27 June.

In an interview conducted via email, Mr. Simanaitis discussed the KOK 84 postponement and the promotion’s plans in the near future, among other topics.

Q: Thank you for agreeing to the interview. I realize this must be a difficult time for you because of the pandemic and all the postponements.
KOK 84 is currently scheduled for 27 June at the Siemens Arena in Vilnius, Lithuania. Are you confident the event will go ahead as scheduled.

DS: Yes, it will happen. Of course, this will depend on several factors:Will the Lithuanian government give permission to organize and hold events in Lithuania because of the COVID-19 situation?
And will the borders be opened?
If everything will be done, the event will certainly happen.
The KOK organization’s aim is to defeat the virus, have all healthy, and continue to organize events for martial arts fans.
But I can assure you that during this time, the KOK organization came up with many new ideas.
After everything is over, we will be stronger.

Q:The original fight card included a German fighter, Felix Minners, against KOK World Lightweight Champion Henrikas Viksraitis. A fighter training in Holland was scheduled to fight in the four-man tournament.
If there are still travel restrictions for fighters from any countries, will the event proceed with replacements?

DS: The fight card will not change, but of course if there is any fighter not able to come to Lithuania because of this situation, it will be adjusted.

Q: Before the pandemic, there was talk on social media of KOK returning to Russia this year, and events were also mentioned for Belarus, Germany, and Turkey.
Is KOK still planning to take events to any of these countries later in the year? Any other plans you can mention?

DS: There are many plans for KOK federation but everything depends on the pandemic right now.
As these are already mentioned, I need to mention as well we plan to do an event in Chicago.

Q: On a happier note, last November the King of Kings organisation celebrated a great milestone: 20 years of promoting fights.
When you started the Lithuania Bushido Federation, did you think you would be promoting events 20 years later with thousands of spectators?

DS: Yes. I always had plans in my head and I fulfilled them. Now, I already have many (more) plans and we will reveal them later.

Q: You were the RINGS Lithuania president and promoted some matches of the great MMA fighter Fedor Emelianenko. Did you imagine he would become such a great star in MMA all over the world?

Q: One aspect of the KOK production is unique from other European promoters. You’ve kept the Japanese tradition of introducing all the athletes participating before the fights start.You worked with RINGS and also promoted K-1 events in Lithuania and Latvia. Have the Japanese promotions been a big influence on the way you promote martial arts?

DS: In my opinion, he is a very good fighter but not the best one. Every organization has their own heroes. There are many same-level fighters as him who are fighting in all federations. We have same level fighters in KOK organization, they just do not fight in ONE FC organization.

Q: If you could give one piece of advice to a person making their start as a fight promoter, what would you say to them?

DS: I can say everything, what will be in the future, it will be even harder.

DS: I just want to simply say thank you to the FIGHTBOX channel for the partnership, and we will reach our future goals.